Although a 4 hour drive from Bordeaux – the capital of Southwest France – Marcillac in the Averyron department is classified a “vin du sud-ouest” along with some 20 other appellations: Bergerac, Cahors, Gaillac, Buzet, Madiran, etc . 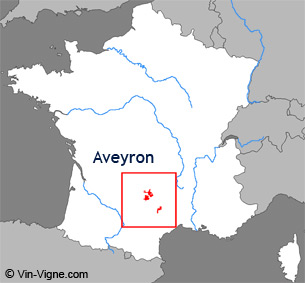 My wife and I enjoyed a vacation in the Averyron in September 2020, making sure to visit the Roquefort cheese cellars and admire the amazing Viaduc de Millau. Naturally, we also also visited the area’s best wine-producing region, Marcillac, about 20 km from the city of Rodez.

They have been making wine in Marcillac for a thousand years and it acquired appellation controlee status in 1990. The main grape variety, Fer Servadou (known locally as Mansois) accounts for at least 80% of the blend, the rest consisting of Cabernet Sauvignon, Merlot and Prunelard. The area under vine was approximately 1,500 hectares in the 16th century, but fell to just 10 fifty years ago. Today,
with 180 hectares, Marcillac is one of the smallest appellations in France.  The local cooperative, Les Vignerons du Vallon, accounts for over 50% of production.

The terroir consists of rolling hills (some of which are terraced) with red clay soil overlooking a plain with limestone soil. Marcillac is in a valley (in fact, the town’s full name is Marcillac-Vallon) and the surrounding mountains account for a temperate microclimate providing protection from strong winds. 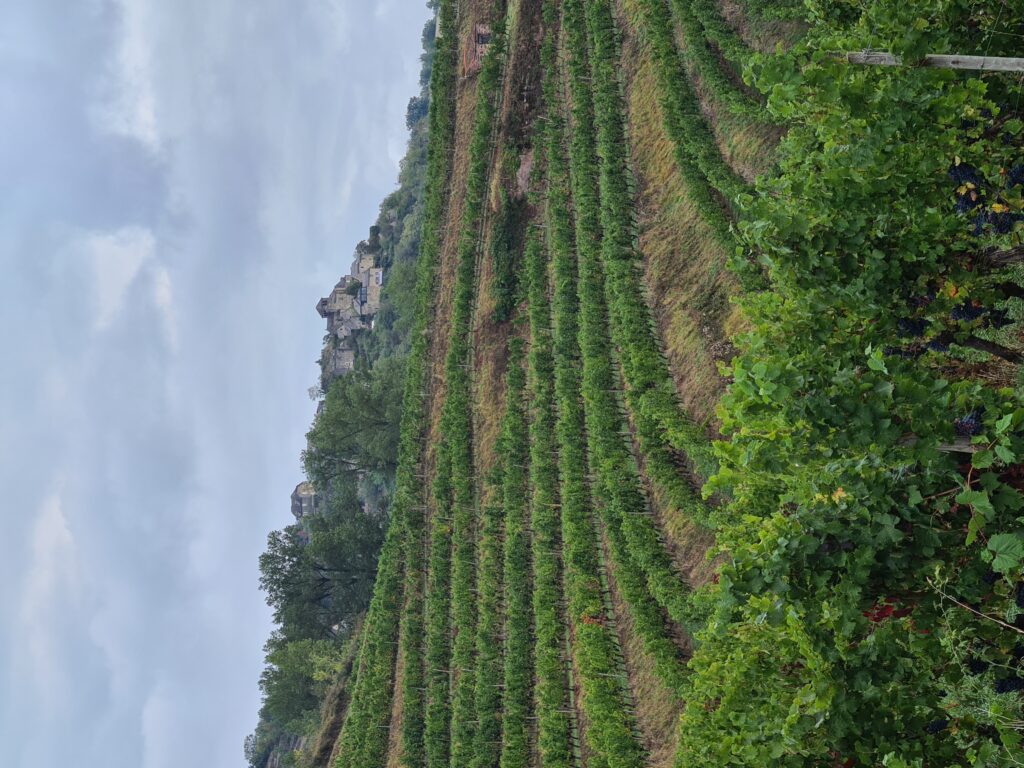 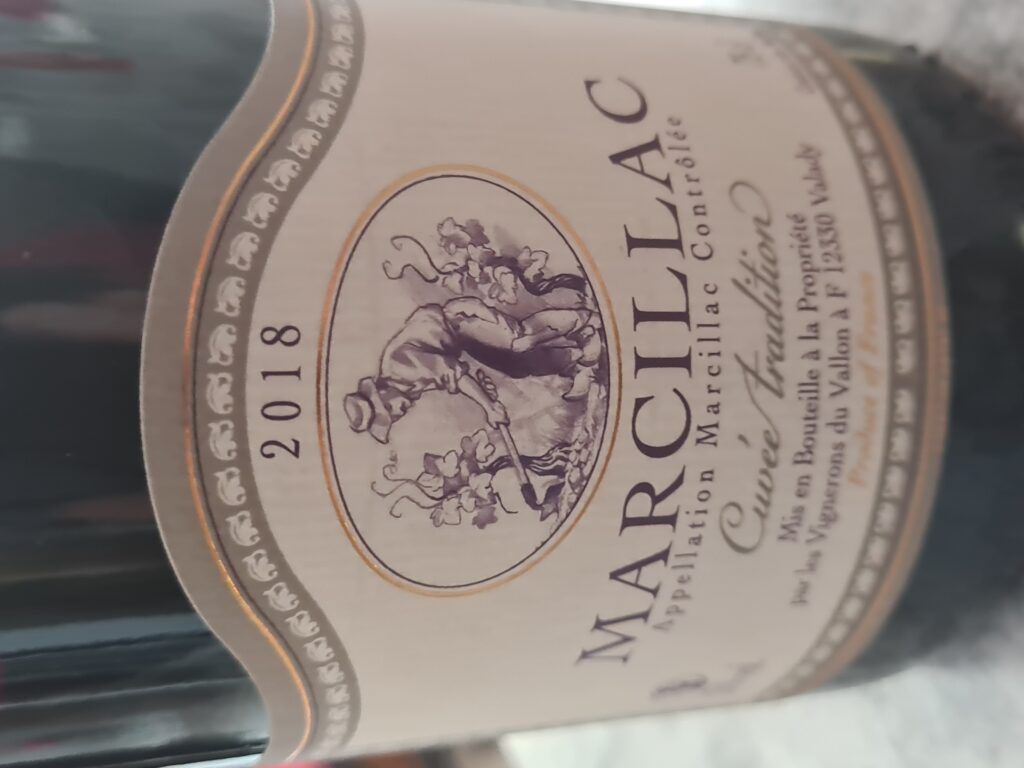 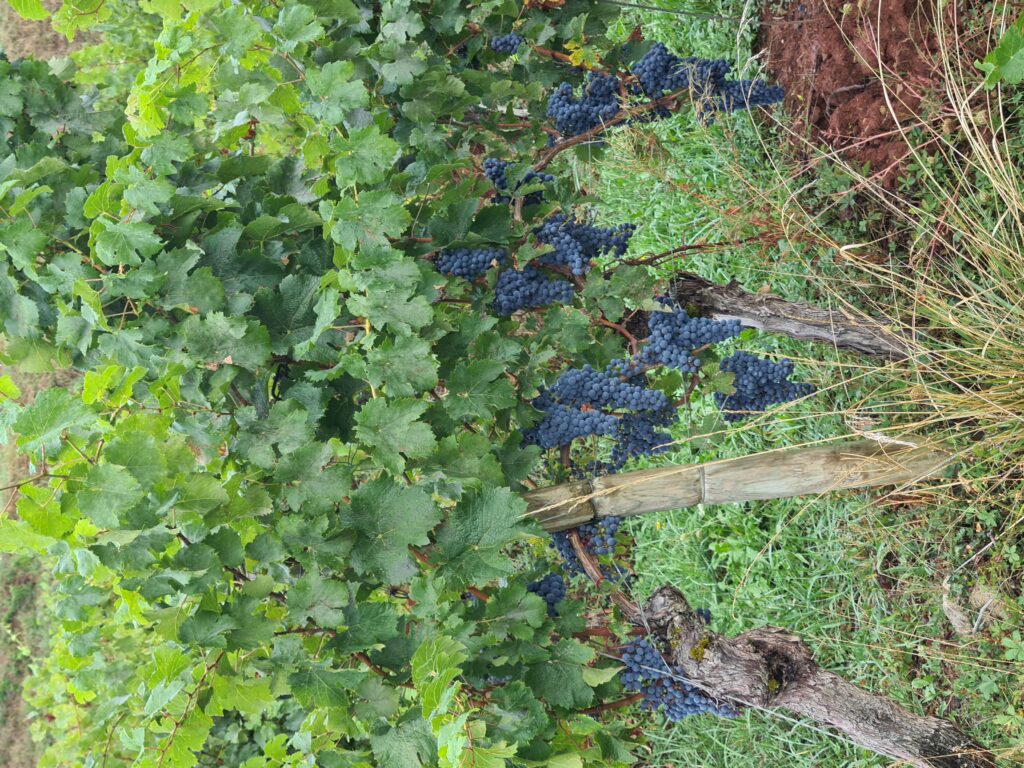 I tend to have a soft spot for esoteric, inexpensive, under the radar appellations – and Marcillac definitely fits that description.  The Fer Servadou is a rare grape variety, and no other wine features it as prominently. Related to the family that includes Cabernet Sauvignon, it is what makes Marcillac unique. The first part of the name, Fer, comes from the fact that the vine branches are quite hard, like iron. The latter part, Servadou, means “that which keeps well” in Occitan. 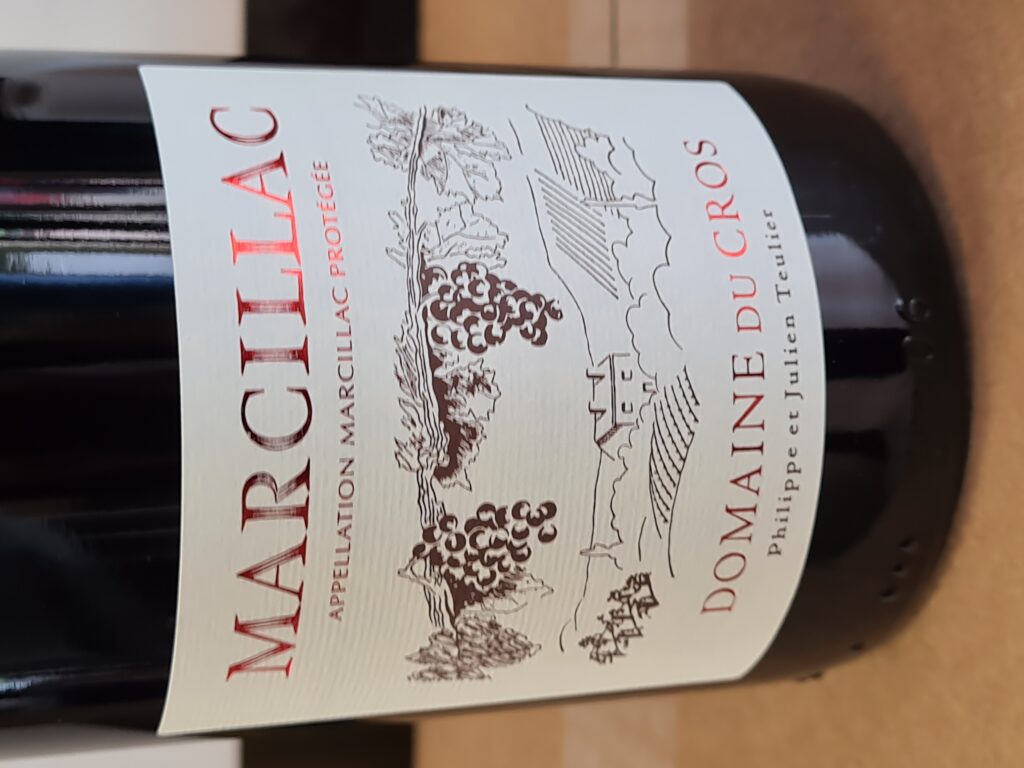 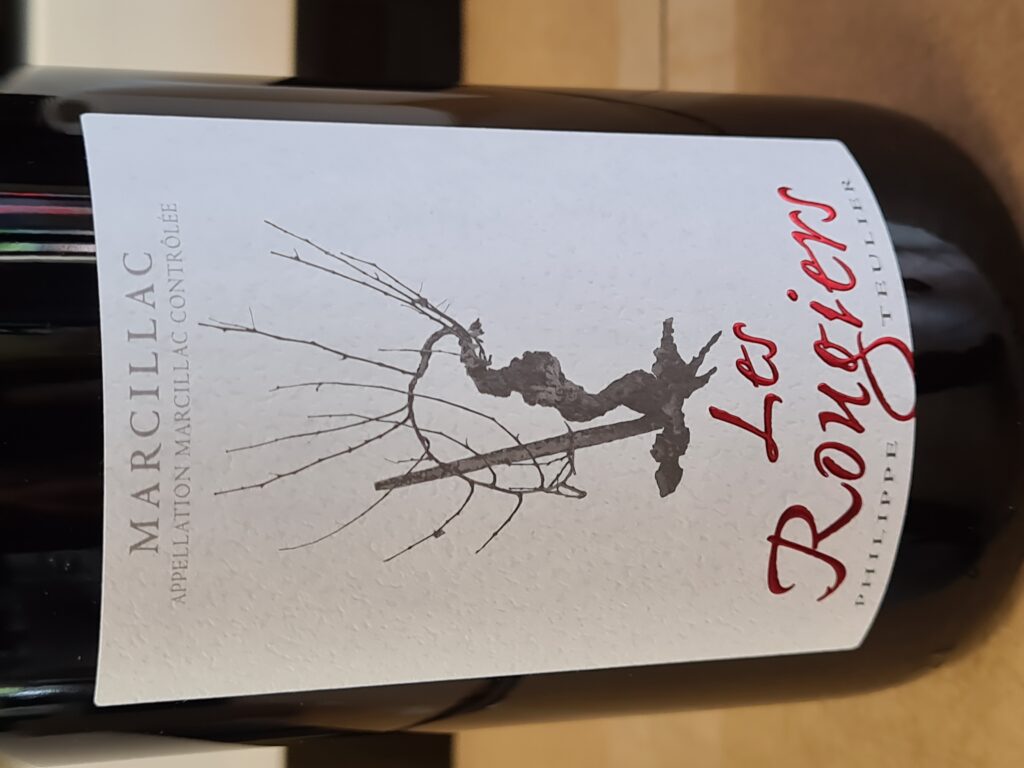 We visited the appellation’s two main producers, starting off with Domaine du Cros, who have 28 hectares of vines. The first wine we tasted there was a pleasant 2019 Marcillac Rosé somewhat reminiscent of a Tavel with minerality showing on the aftertaste. The second wine, Cuvée n° 25, comes from a specific small plot of young vines and is made without sulphur. This was quite interesting, with an inky reddish-purple color, very pure primary aromas, and a rich, long aftertaste. We had had the third wine the previous night in a restaurant: the 2016 Vieilles Vignes. This showed good character and grip, and will benefit from further ageing. The last wine, 2015 Les Rougiers, was made from 70-year-old vines and aged in oak, which comes through strongly on the palate at this time. Although closed, I am convinced that this will provide much pleasure in ten years’ time. 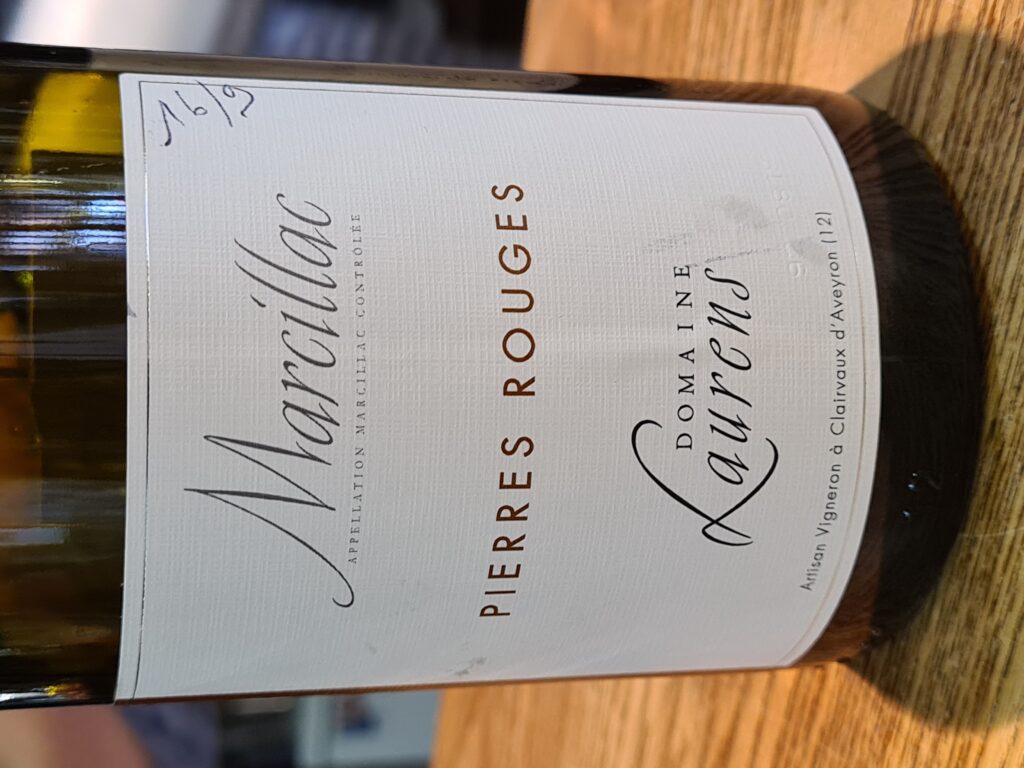 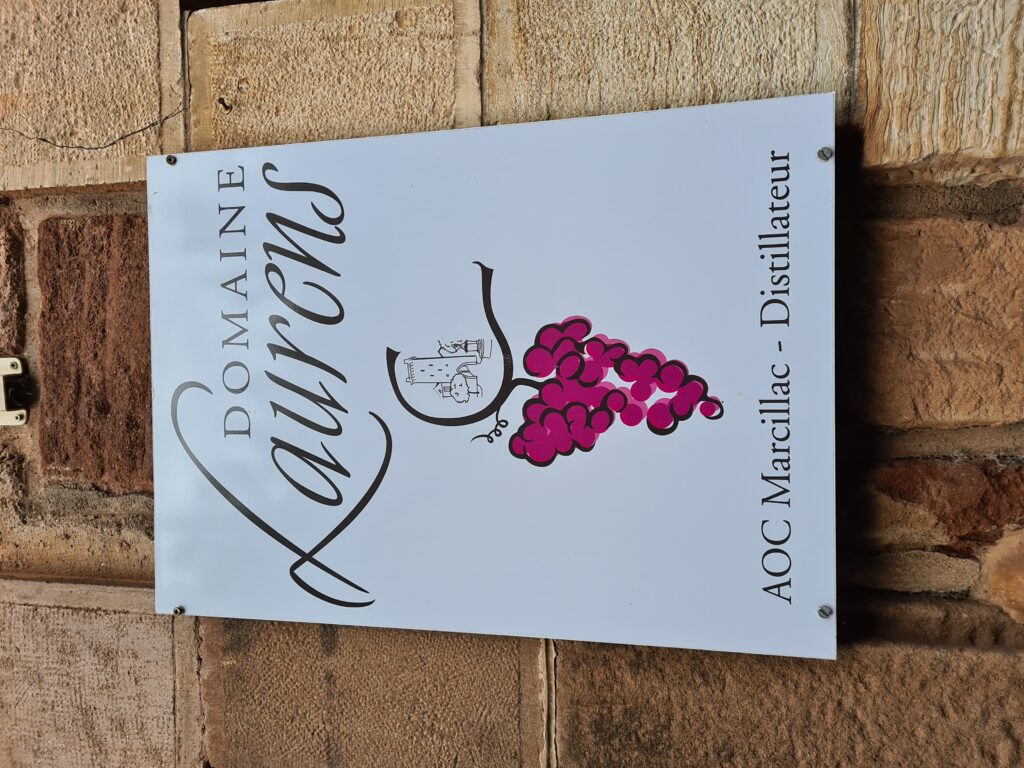 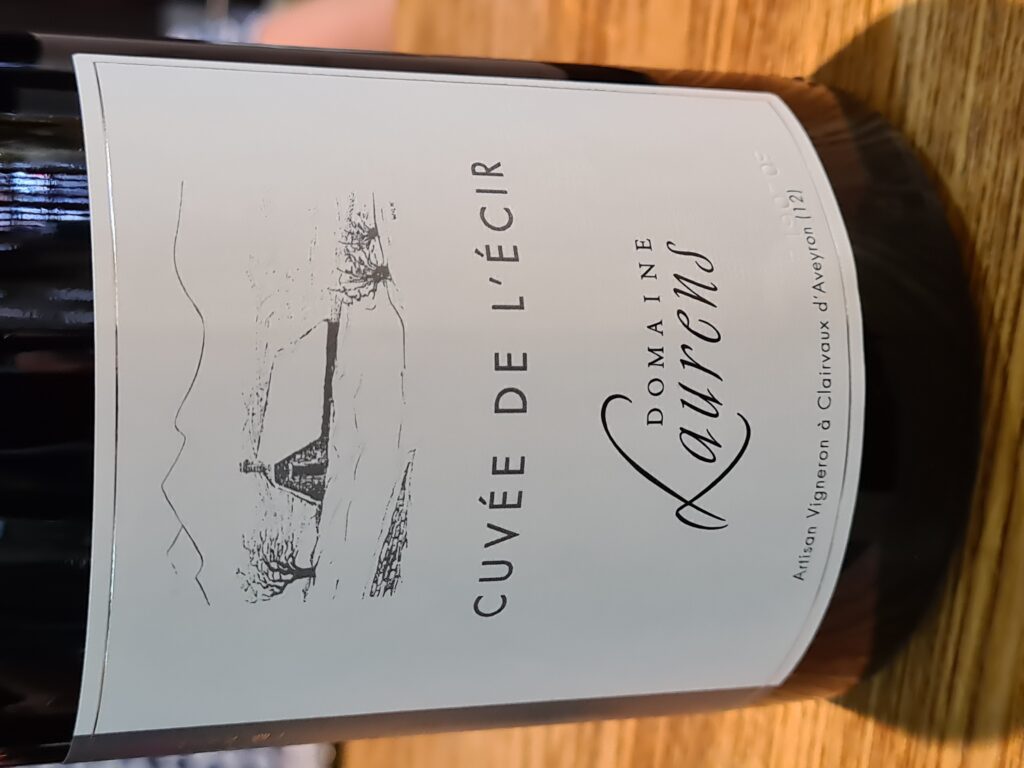 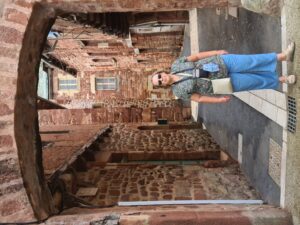 Driving a short distance down the hill from Domaine du Cros, through a vista of vines thick with nearly-ripe grapes, we happened upon the closest village, Clairevaux d’Aveyron. This proved to be absolutely serendipitous for two reasons. First of all, the town is an architectural gem, a collection of fascinating medieval buildings built of red brick. Then, totally by chance, we came upon the cellars of the other major producer of Marcillac, Domaine Laurens, with 25 hectares of vines. 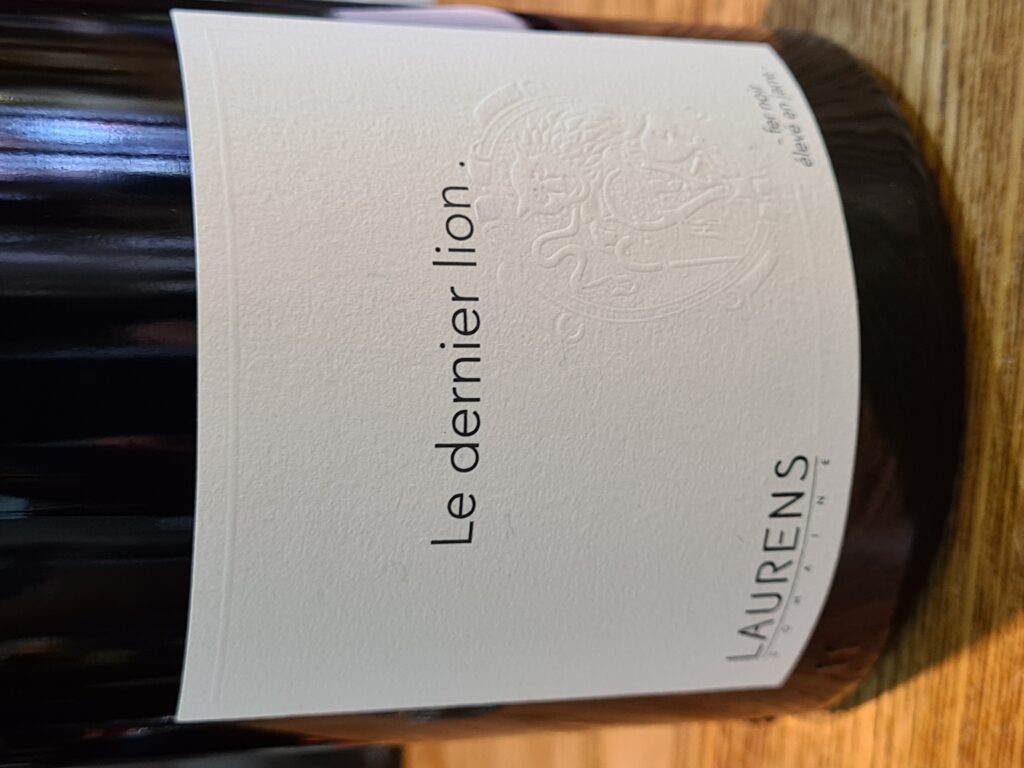 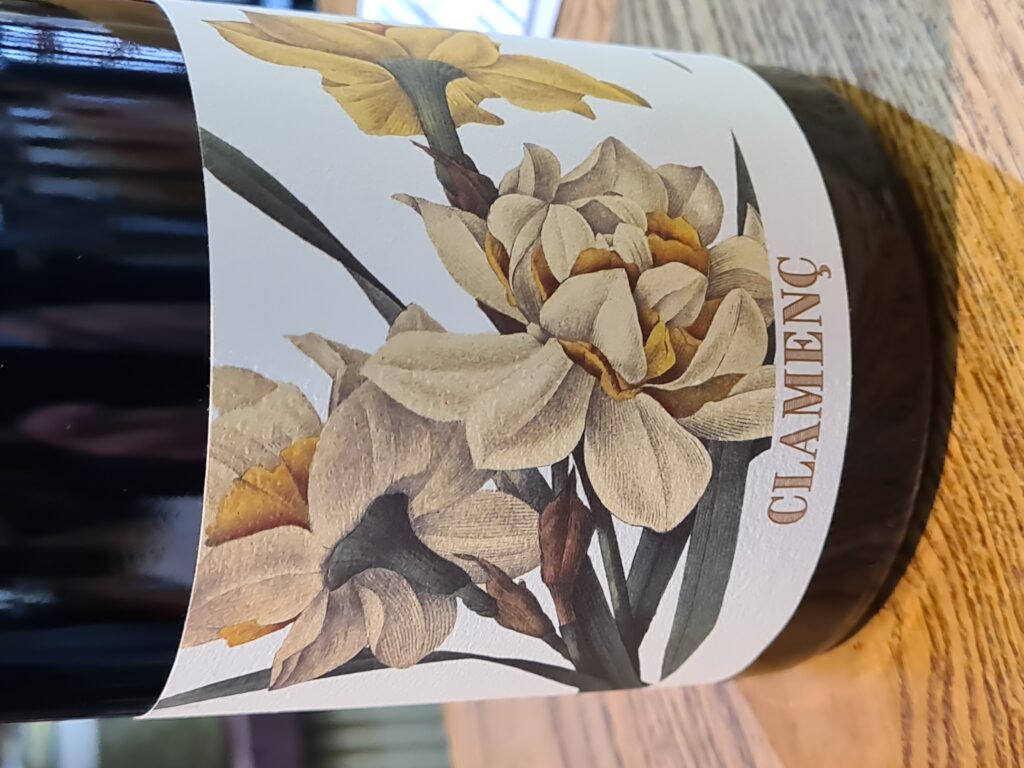 It was a pleasant surprise to discover this producer and their selection of innovative products. We started off with a pleasant white Vin de Pays de l’Aveyron made with Sauvignon, Chenin Blanc, and Saint Côme, going on to the domaine’s main wine, 2019 Pierres Rouges AOC Marcillac. This had seen no wood and been recently bottled, so was not showing at its best. However, it reflected the tart, fruity, seductive side of Marcillac and I came away with a case, considering it good value for money. But what really endeared me to Domaine Laurens was their range of special cuvées. These went from the pretty 2018 Cuvée des Flars to the refined and agreeably tannic 2017 Cuvée de l’Ecir. One step up were the 2016 Le Dernier Lion (aged in amphorae) and 2015 Clamenç.  These showed precision winemaking and would have totally puzzled even the most gifted blind taster. The latter is a blend of 50% Fer Servadou and 50% Cabernet Sauvignon. While not cheap (about 30 euros a bottle) these last two wines showed the sort of excellent quality can be achieved with the right hands in Marcillac – a quality I had not at all expected in this out-of-the-way appellation.

If you are interested in discovering the real France, I strongly recommend a visit to the Averyron and to Marcillac in particular.