This may seem like a rather odd question to ask in a blog about Bordeaux wine. And yet, there is enormous misunderstanding about just what the word actually means…
For a start, Bordeaux is not a little wine town with a famous name like, let’s say, Gevrey-Chambertin or Châteaneuf-du-Pape. It is France’s fifth largest city, a port on the Garonne river with a population of 250,000 and three times that in the metropolitan area.

So, Bordeaux is a major city and also the center of a centuries-old wine trade. 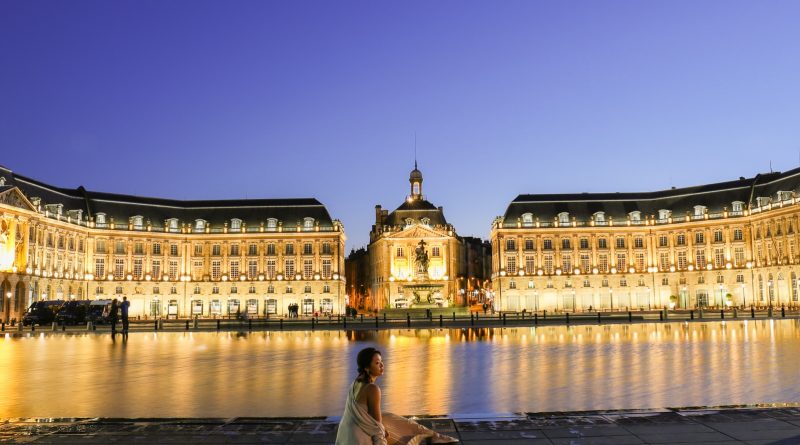 For the French, Bordeaux is also a color. Larousse describes it as rouge violacé, or purplish-red, although I don’t think that is the best description. I’d plump for maroon… And isn’t it odd that we say “Burgundy” in English for wine-colored (even though there is a slightly different nuance)?

And then, of course, there’s the wine. Thanks to this wine, Bordeaux is the most well-known French city after Paris. The vineyards cover about 115,000 hectares and produce anywhere from 400 million to 800 million bottles of wine a year, depending on the vintage. There are 57 appellations and, according to a conservative estimate, some 6,000 châteaux. This is where the problem arises.

What problem? On certain export markets, especially the English-speaking countries, consumers are only aware of the top wines, meaning essentially the classified growths. When many English and American wine enthusiasts say “Bordeaux”, as often as not what they really mean to say is “great growth” – when those wines account for just 5% of total production! This makes generalizations about Bordeaux frustrating and seriously off the mark. 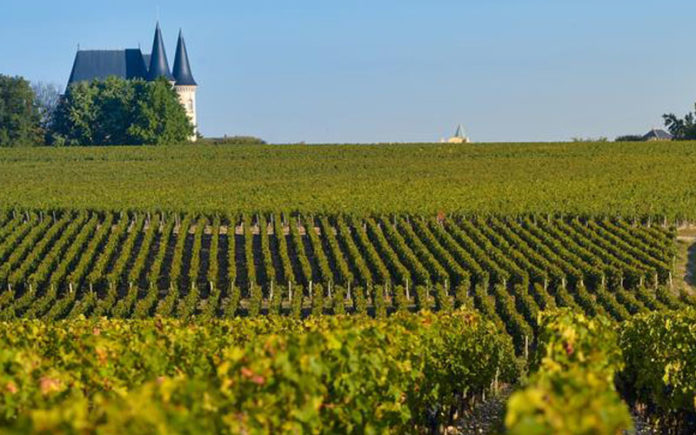 Bordeaux went through a bad patch starting with the 2005 vintage when the great wines – the tip of the iceberg – increased their prices significantly. The Bordelais were accused of being greedy bastards and it was endlessly predicted that “the bubble would burst”. Which it never did. The irony here is that even though the overwhelming majority of Bordeaux estates did not increase their prices unconscionably, that did not prevent them from being stigmatized and erroneously lumped in with the 5% that did…

Why are the affordable, fruity, early-maturing wines of Bordeaux so little-known on certain markets, especially the US, where Cabernet Sauvignon and Merlot are such popular grape varieties? The answer is complex, and there is plenty of blame to share around… It must be admitted, for a start, that with so many estates there are bound to be hits and misses. It cannot be denied that there are thin, weedy wines at the lower end of the price range. However, there are also many beauties that can hold their head high compared with wines from anywhere else in the world in terms of value for money.

The wine distribution system obviously has its failings too. The weaknesses are on both the Bordeaux end (lack of investments in marketing, promotion, and sales trips) and the importing end. It is maddening that the same journalists who are tickled pink to discover a little gem of a wine from the Luberon or the Jura never seem to make the effort to ferret out such wines in Bordeaux – where there is plenty of scope! One of the reasons for this is that Bordeaux is so big, when wine merchants and critics can devote only so much time to one region… Most of them try to make it to the en primeur tastings in the spring. But, I can tell you from experience that even if you do nothing but taste for a full week you will only have scratched the surface. The sheer size and variety of Bordeaux are impressive, in fact overwhelming. So what do most professionals do? Focus on the great growths…

This equation – Bordeaux = great growths – is particularly prevalent in America. It stems from a time when the crus classes where much more affordable. One also needs to factor in the classification system that categorizes wines into neat slots. Once upon a time, if you more or less memorized the classifications, you were pretty much on your way to understanding Bordeaux. Or rather 5% of Bordeaux…

Of course, the advent of Robert Parker changed all that. He upset the apple cart and (to begin with in any event) noted wines without a pious regard for their hierarchical standing. While the number of non-classified wines Parker reviewed was greater than his predecessors, the choice of wines he chose to review were still very heavily lopsided.

This situation reminds me of two other regions. New Zealand is identified with Sauvignon Blanc and Argentina with Malbec. Since world demand associates each country with that one type of wine, it is not easy to step outside of that paradigm. In the case of New Zealand, Sauvignon Blanc is by far the leading grape variety (although Pinot Noir may have made some headway in recent years, it still accounts for just a quarter of Sauvignon Blanc, whose area under vine has grown more than fourfold since 2003, compared with Pinot Noir’s doubling). Malbec’s paramount position in Argentina is a similar story. So, a wine’s reputation is often a question of well-established commercial niches, which are paradoxically both an advantage and a disadvantage. Bordeaux’s image is decidedly double-edged. In some rich countries, it is perceived much more as wine with a grand château on the label to be ceremoniously decanted after long ageing and consumed at a formal candlelight dinner than a fresh, fruity, uncomplicated, affordable wine to have with a sandwich or a steak… And yet, believe me, there are many fine examples in the latter category!

France drinks more Bordeaux than any other country. The French, the Belgians, the Germans, and the Dutch are huge consumers of Bordeaux selling in the 5-15 euro range. China, Bordeaux’s largest export customer, also brings in container-loads of these wines. But they are little-known in my native country, the USA. Bordeaux needs a super-hero to fix this!

Meanwhile, please let us be careful about making any sweeping statements or generalizations about Bordeaux… The wines from a classified growth in the Médoc, a producer in the Côtes de Blaye, a petit château making white wine in the Entre-Deux-Mers, and an estate in Sauternes all represent very different realities, as well as different products at different price points…

When my friends and fellow wine lovers bitch about price increases for the great growths, I’m on the same wavelength. The sticker shock can be alarming. But when people start to extrapolate from this, and badmouth “Bordeaux”, they have lost sight of the very meaning of the word. And, without being a superhero, I come swooping down to the region’s defense ;-).

Let us treat Bordeaux as a complex reality.