Bordeaux Wine Blog went on vacation last month during which I went on a busman’s holiday to visit two other wine regions: the Jura in France and the Valais in Switzerland.
The Jura is one of the smallest French winegrowing areas, with just 2,000 hectares of vines, although there were ten times that before the phylloxera crisis… Roughly three quarters of the wines are white (including sparkling Crémant du Jura), the rest red and rosé. 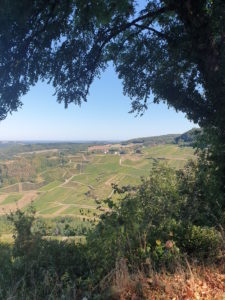 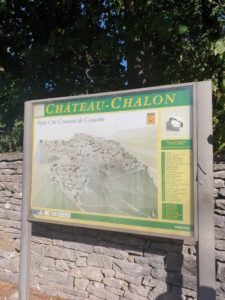 There is no longer a château in Château Chalon. The one there in medieval times was entirely demolished. However the small medieval town (population: 150) located 15 km. north of Lons-le-Saunier is a major tourist attraction thanks to its dramatic cliff-top location, 10th century church, lovely stone houses, and beautiful vine-covered landscape. The tiny appellation encompasses just 50 hectares of vines in 4 communes varying between 250 and 400 meters in altitude. The terroir consists primarily of blue-gray marl and clay-limestone soil on steep slopes, sometimes as much as 45°. These are south and south-west facing not only for maximum sun exposure, but also to provide protection from cold winds. Drainage is excellent, a decided boon in the rainy climate.

I spent just half a day in Château Chalon, but the weather was perfect and my family and I enjoyed the experience tremendously.
This video will give you a good idea of how beautiful the site is: https://www.youtube.com/watch?v=BB2ToTz7fZk&feature=youtu.be

And then, of course, there’s the wine… There are very few producers, and I visited just one, but among the most famous: Domaine Macle. We were welcomed by Christelle Macle who runs the domaine, established in 1850, with her brother Laurent. The wines will be certified organic for the upcoming vintage.
We tasted three wines with Christelle. 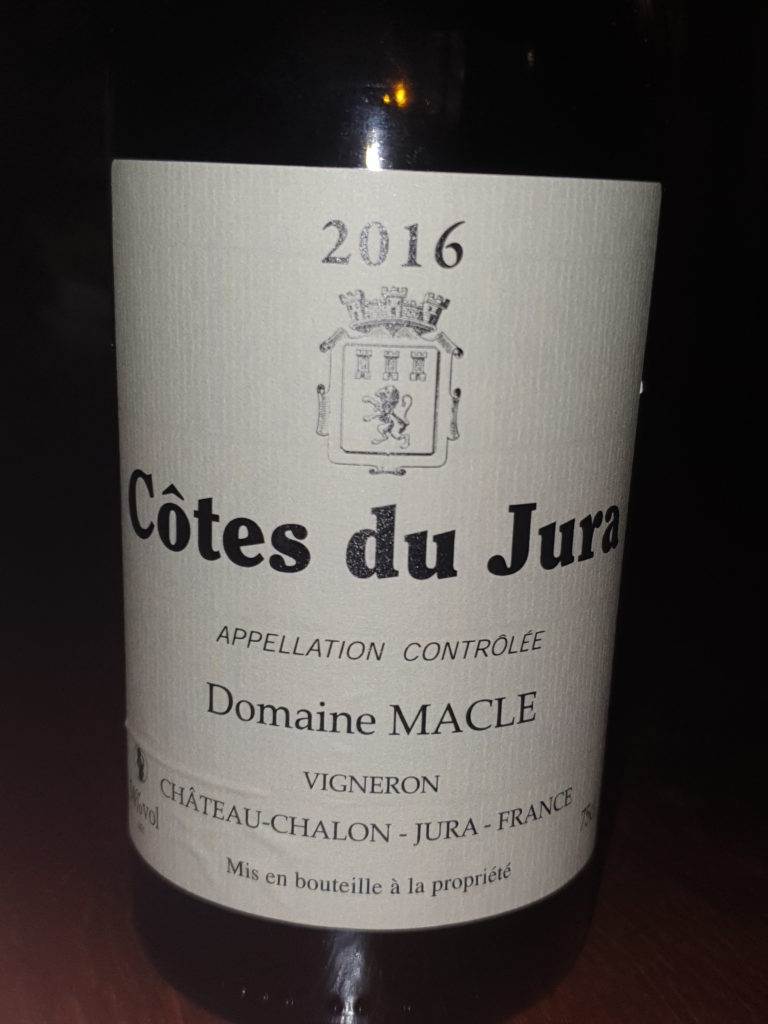 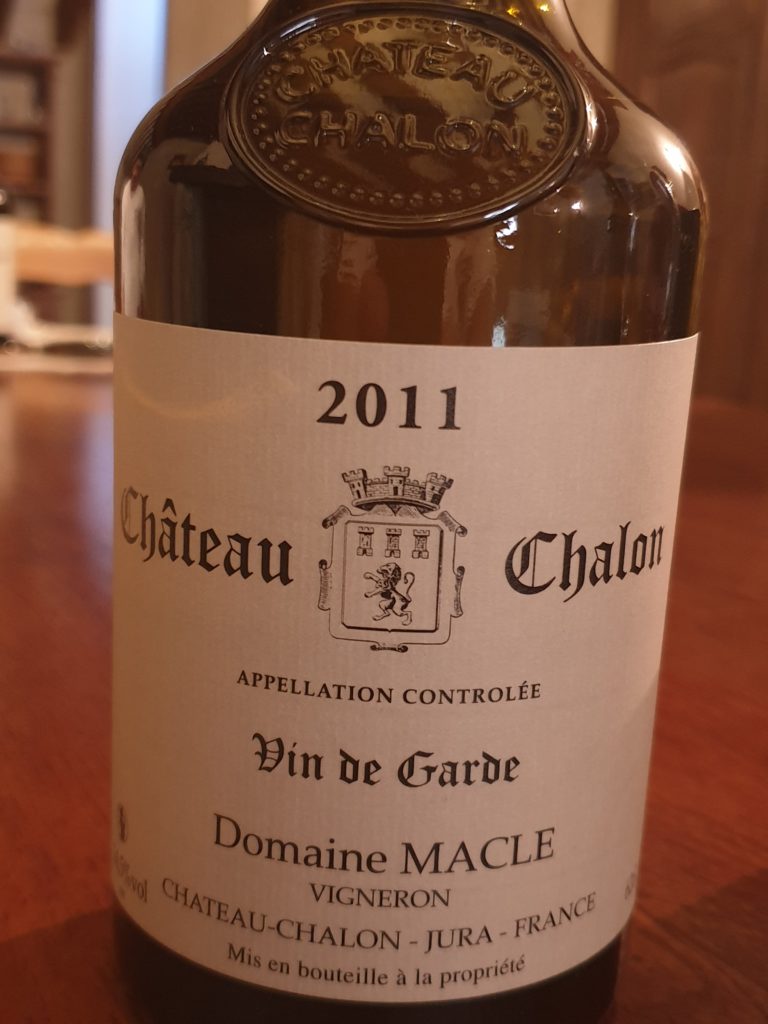 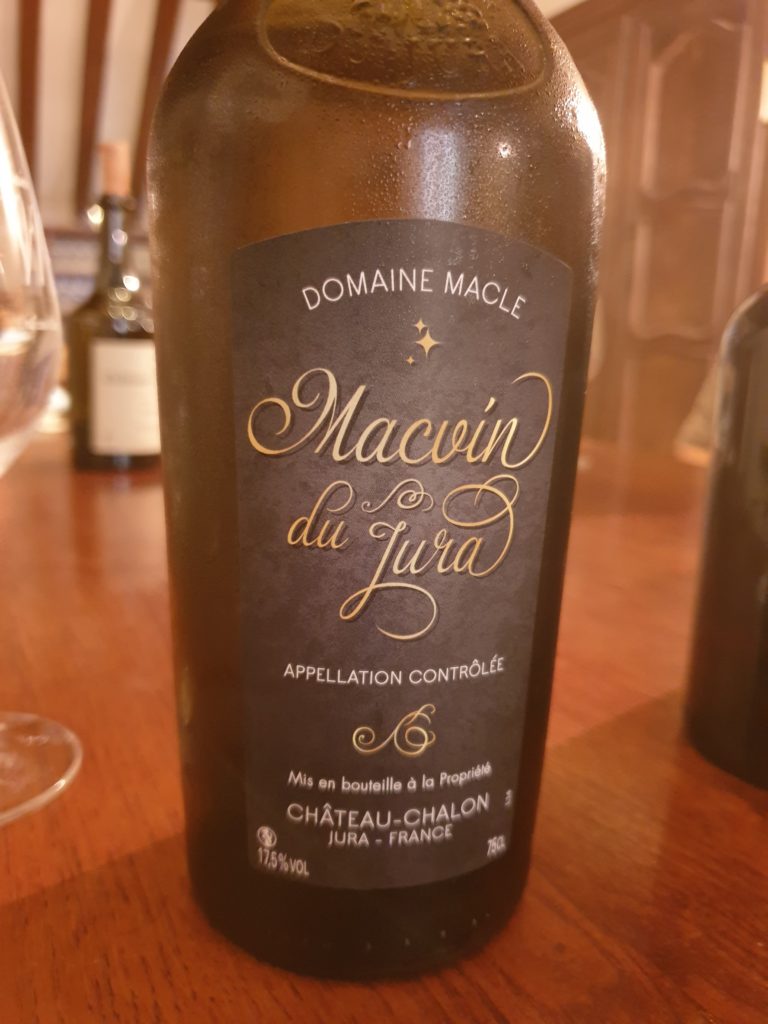 The 2016 Côtes de Jura was a medium-deep gold color with a characteristic Jura nose displaying controlled oxidation and a certain smokiness. The wine had a dry very earthy flavor and a mineral aftertaste.
This was followed by a 2011 Château Chalon showing a fine, brilliant color and a complex nose of walnuts, beeswax, and spice. The long aftertaste featured an attractive bitter note. The similarities with a first-rate fino Sherry were obvious, but that would be selling the wine short. It had unique aromatics and personality that well and truly set it apart from every other wine. I very much enjoyed it. Christelle recommends serving her Château Chalon at cool room temperature rather than chilled, and it benefits from aeration. She also insists on the wine’s extraordinary ageing potential, running into many decades. To give you an idea of pricing, this very rare wine, going on ten years old, cost 55 euros.
We ended the tasting with the domaine’s Macvin du Jura, a sweet fortified wine (17.5° alc./vol.) made with 2/3 unfermented Chardonnay grape must and 1/3 aged marc. Technically, Macvin is a mistelle or vin de liqueur, much like Pineau des Charentes in Cognac or ratafia in Champagne.
This unusual drink proved to be a very fruity, refreshing aperitif. 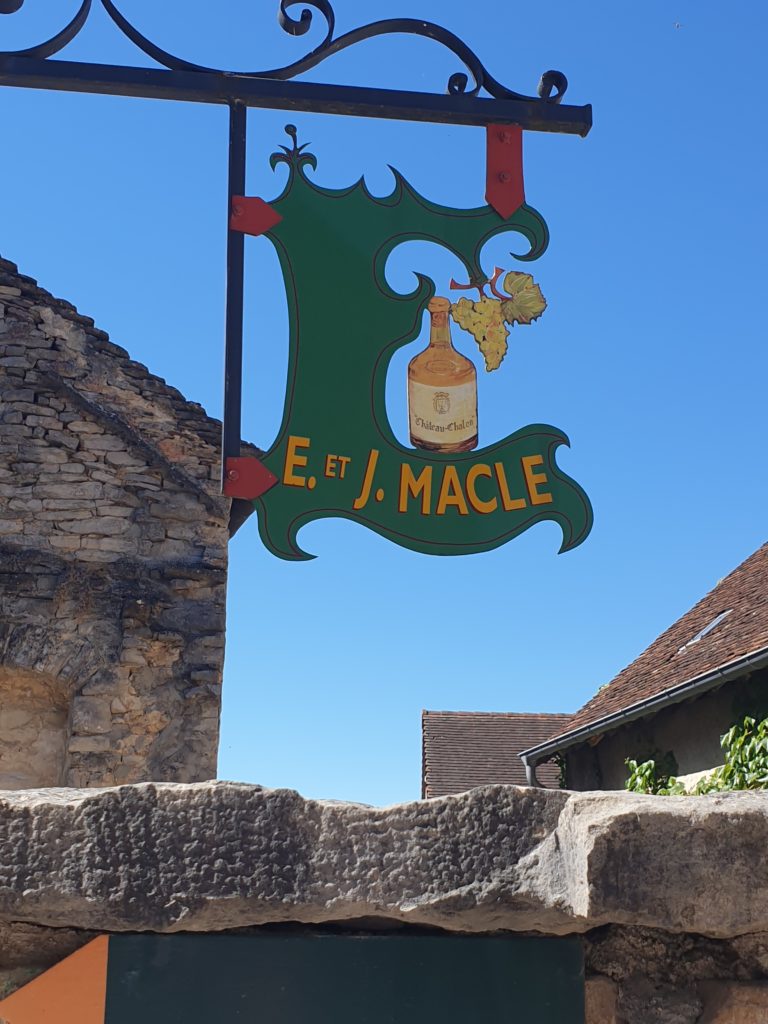 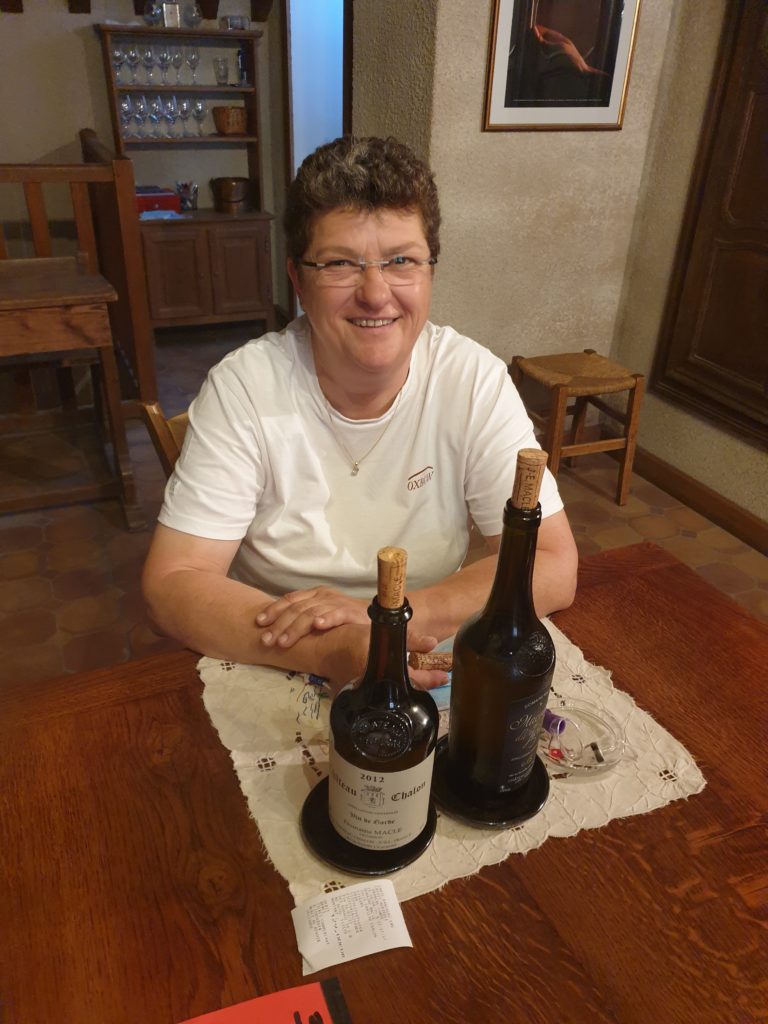 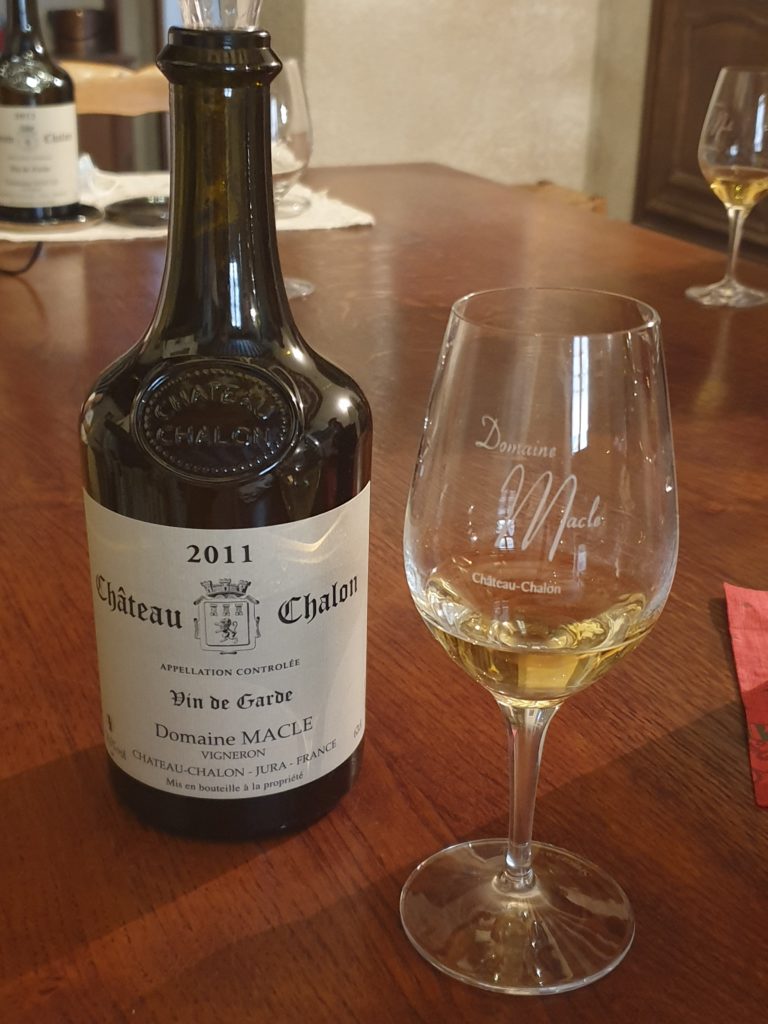 Any of these wines would somewhat destabilize wine buffs because they have a style all their own. A white Bordeaux with the nose of the Côtes du Jura would probably be deemed to have a winemaking flaw. Any yet, this is the way the wines have been made there for centuries, and they kind of grow on you… Which brings me to the subject of how to match them with food. I can’t pretend to have a great deal of experience, but I can tell you that veal sweetbreads in a cream and morel sauce with Château Chalon was an exquisite experience, as I think Côtes du Jura would be with shellfish.

Well, I had wanted to visit the esoteric Château Chalon appellation for many years and was not disappointed. I can now cross it off my bucket list of the world’s great wine regions to see and encourage you to do the same.